Android is the mobile operating system developed by Google. It runs on every other phones besides Apple’s Iphone. Android design is based on Linux Kernal and designed primarily for touch screen mobile devices such as smart phones. It is also used in Tablets.
Kernal is a computer program that manages input/output requests from software and translates them into data processing instructions for CPU and other electronic components of computer. We can simply say that Kernal is the fundamental part of modren computer’s operating system.
Andoid hosts a central core, which essentially is a strip code that helps the software to operate.
Android is popular with technology companies which require a ready made ,low cost and customize operating system for high tech devices.

Android version is the history of android mobile operating system. The release version of Android is Beta which was released in November 2007. The first commercial version Android 1.1 was released in September 2008.Each version of android has been developed with a specific code name . These code names has been chosen alphabetically and have desired items (generally sweets/sugary foods).

Many apps have been designed for mobile devices. You can find all those apps in android play store which is Google play. This is the place where you can find variety of android apps.Users can find apps to help stay organized,watch movies, read book etc.,

1.Multitasking: Android supports multitasking that is able to perform multiple task at a time.

2.Ease of Notification: For the arrival of any Email or Message their is always a notification on the home screen ,Android phone doesn’t miss the Led indicator is blinking, So you will not miss a  Single Message,Email or even a missed call also.

3.Apps and Games: Easy access to thousands of apps and games in the Google play store.

4.Brands: Android is available on mobile phones form various manufacturers like sony Ericsson, Motorola, HTC,Samsung. So you can chose the android phone in accordance with the ‘Brand’ favourite.

5.Widget: Using the widgets on home screen you can easily access variety of settings quickly and easily.

2.Advertising: Applications in the Android phone can be obtained easily and for free, but the consequences of each of  these applications,will always be ads on display ,either on the top or bottom of the application. 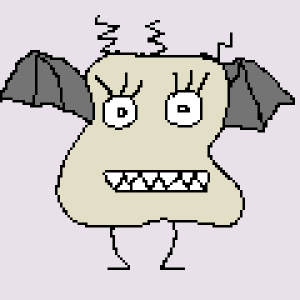 What is a VPN?

How to transfer files between PC and ANDROID using Wi-Fi

How to send self destructive messages

7 Ways to know “What Celebrity Do I Look Like”, Upload Photos to find out!

What is a VPN?

How to remove shortcut virus